History Of The Electric Guitar : Everything You Need To Know

In this piece, we’ll be going down memory lane to learn about the history of electric guitars.

The electric guitar is often referred to as the type of guitar which needs to get connected to other sources before sounds can get amplified and be properly heard.

Before the sounds can be heard, the electric requires a pickup to be able to transform the unheard vibrations that come from its strings into tangible electrical signals which convert and come out as sounds through amplification instruments, e.g loudspeakers.

In addition to that, guitarists can easily fix the sound to suit their preferred audience. This perfectly sets the electric guitar apart from the acoustic guitar.

The electric guitar which got invented in the early 20th century is fast turning into the most needed musical instruments in the world of music.

History of the Electric Guitar 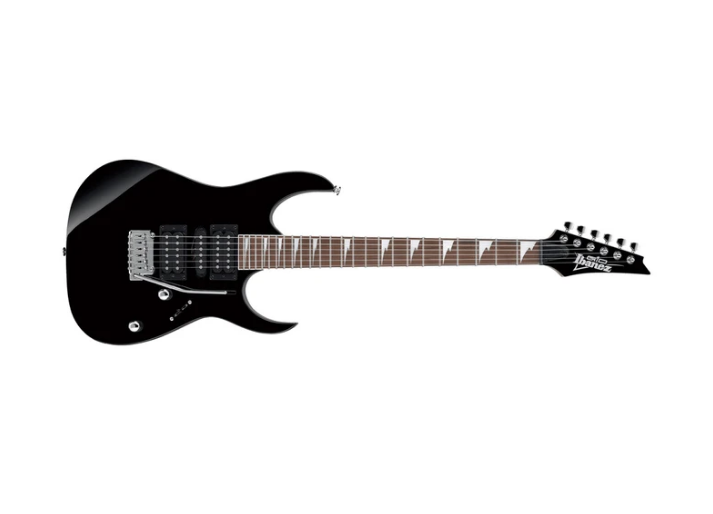 Tutmarc was the first among the early electric guitar experimenters.

He started with the Hawaiian guitar by creating a pickup using the aid of a horseshoe magnet coupled with some coils that helped to enhance the sound that came out of the strings.

During the time Tutmarc experimented with the horseshoe magnet and wire coils, two Musicians from Los Angeles, George Beauchamp and John Dopyera decided to try out an experiment so they could build guitars that produced much better sounds.

This they did by getting horns used for amplification, created guitar pickups that will help convert vibrations, and also included two (2) horseshoe magnets.

Because of the loudness of the pickups, George Beauchamp decided to add to the creation of the guitar, by hiring a male artisan and asked him to build a guitar using wood to create the neck and the body.

When the artisan was done making the guitar, Beauchamp named it the “frying pan” The frying pan, however, turned to become the first electric guitar to be created.

Following the making of the frying pan, George Beauchamp took the model to Adolph Rickenbacker.

The duo of George Beauchamp and Adolph Rickenbacker came into partnership and started creating more of the first guitar which is now called the Rickenbacker Guitars.

This ultimately named Adolph Rickenbacker as the first person to manufacture electric guitars.

Later on in the 1950s, the Combo 400 guitar which is a student’s model was announced by Rickenbacker.

The guitar took a butterfly shape. This was new and peculiar as the neck of the butterfly bodied guitar ended somewhere in the lower part of the body it also has the sides properly bolted on the body of the guitar. Today, this peculiar body design is called Neck-through-body construction.

Other improvements continued to be made in electric guitars, so by the time it got to the 1960s, the guitar became a widely used instrument by musicians and instrumentalists.

The humbucking guitar pickups got invented by the popular guitarist, Gibson.

The humbucking was introduced in a bid to help prevent the magnetic coils of the electric guitar from producing the “hum” sound which at the time, seemed like a hindrance to the production of beautiful sound.

Still, in the 1960s, the ES-335 which is a guitar designed with a semi-hollow body was launched by McCarty. The ES-335 was introduced so that the hollow body designs can be merged with solid body designs.

With so many modern complex designs of the electric guitar today, it has gradually turned into an instrument that has helped the world of music take a new shape entirely.

Also, it is said that the quality of the wood has a way of dictating how good, great, or poor the tone of the guitar would be.

The wood is used for producing the neck and the body of the electric guitar.

Aside from the hardwood, glue is also needed to be able to join and hold the parts of the guitar together. Chrome and Nitrocellulose lacquer which is used for the finishing.

Manufacturing of the electric guitar

A lot of steps and procedures go into the production of the electric guitar. But the main part of the production process is the bridge, body, and neck.

The second part of the production goes into the strings, nut, fingerboard, tuning heads, etc.
When it comes to manufacturing, more attention is being paid to the kind of wood that should be used. This is because the guitar’s body comprises more of the woods.

How is the electric guitar designed?

The electric guitar is designed in such a way that the quality of the sound it produced depends largely on the pickup that it comes with.

The pickup is what picks the vibration on the strings and converts them into sounds.

The sounds are further enhanced and pop out through the loudspeaker. To be able to retain the original beautiful sound that comes with the guitar, one needs to keep renewing the guitar Pickups.

A guitar without a good pickup will lead to failure and disturbing sounds.

In the 1960s many guitarists began to lay praises once they got the opportunity to play with the electric guitar.

Large crowds also started preferring to hear the musicians play with these guitars instead of the regular ones. Pop, country, rock, and several other kinds of traditional music are being promoted.

In the late 1920 and the early 1960s, the electric guitar went through different changes. Despite that, most notable guitar companies are seeking ways to introduce so many other changes.

Soon enough, modifications might begin to go into the electric guitar pickups, designs, raw materials. Everything from scratch to finish will experience some form of evolution. We’ll see about that!