Out of the several versions of guitars exists the bass guitar. This species of guitar happens to possess similar kinds of properties as the electric guitar.

The Bass guitar which helps to enhance the beauty of the country, R&B, and hip hop brands of music, is usually characterized by four (4) to eight (8) strings. 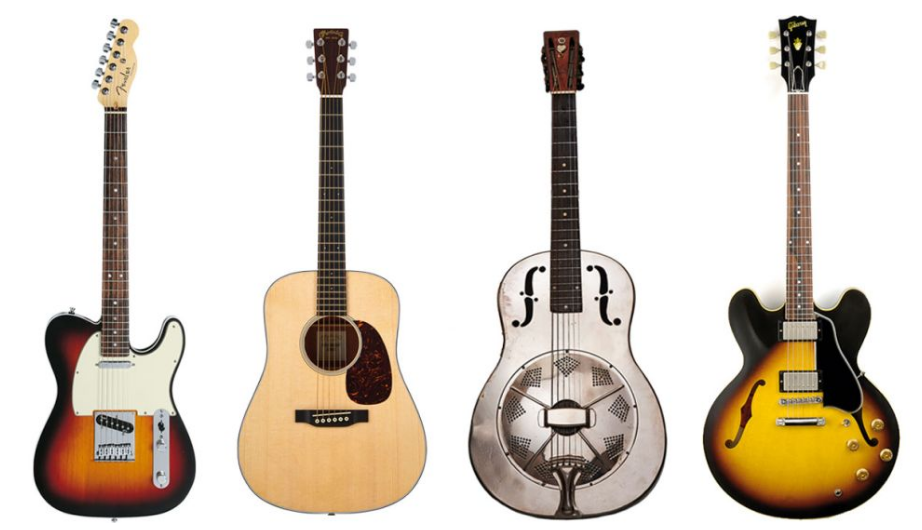 Despite how simple it is to recognize a bass guitar, some of the guitar lovers still consider it a Herculean task to differentiate among guitar manufacturers who stop at nothing to ensure that regular improvement in quality and appearance is done on their individual instruments.

This guide, however, includes some of the top manufacturers of the bass guitar. At the end of this piece, you should be able to make a perfect pick the next time you visit your bass guitar store. Let’s check them out;

Otherwise known as Federal Musical Instruments Corporation or FMIC, Fender is an American based manufacturers of musical instruments such as guitars and musical amplifiers.

Other than producing musical instruments, Fender is popularly recognized for its bass guitars and solid-body guitars.

It has its headquarters located in Scottsdale, Arizona, and has since been to producers of Precision bass, the Jazz Bass, Telecaster, and Stratocaster.

The company had in 1954, produced and released the Stratocaster guitar right after the unveiling of the very first electric bass called the Precision Bass otherwise known as P-Bass.

However, the ownership of the company changed when Gibson purchased it and moved it’s the location from New York to  Kalamazoo, Michigan.

Before Gibson finally purchased Epiphone, they both served as rivals to themselves. The downfall of Epiphone began when Epaminondas Stathopoulos died in 1943 as a result of World War II.

This gave enough room for Gibson to step in and buy the company. Epiphone produces a broad range of bass guitars alongside other musical instruments such as double basses, banjos, resonator guitars, etc.

Owned by Fender Musical Instrument Corporation and Named after its founder Grover Jackson, Jackson is a top manufacturer of electric guitars in the US, Indonesia, China, and Mexico.

Most of the bass guitars produced by Jackson come looking slim, and they can commonly be found amongst hard rock musicians.

Jackson guitars were birthed in 1980 following a proposal made by Randy Rhoads, a popular guitarist in his quest for more personalized guitars to be made.

Ever since, other models of Jackson guitar such as the: Soloist Model, Jackson Warrior, Randy Rhoads model amongst several others have been produced.

In 1976, Dean Guitars was launched by Dean Zelinsky in Chicago, Illinois. However, Dean Guitars became known in 1997 when Elliott Rubinson used the influence of his company, Armadillo Enterprises to buy the trade name “Dean”

The American manufacturing company which has its headquarters located in Tampa, Florida is in charge of the production of guitars alongside other musical instruments.

Some of its products include acoustic guitars, Solid-body electric guitars, and bass guitars.

Rickenbacker International Corporation is a Californian based guitar manufacturing company which got pronounced in 1932 as the first popular manufacturer of electric guitars.

The company oversees the production of a different range of bass and electric guitars.

Rickenbacker in 1957, started the production of its first series of a guitar named The 4000 series. After the 4000 series of bass guitars were made, several other versions began to come into the picture.

Below are some of the bass guitar series that came after the 4000 series.

These and many more are part of the bass guitar products by Rickenbacker. One notable thing about Rickenbacker bass guitars is that they have a unique tone that each of them produces through the strings.

Yamaha is a musical instrument company that got founded in 1887 and named after its founder Torakusu Yamaha.

One of the major aims of birthing Yamaha was to increase the boundaries and let more people gain ownership of personal instruments used for music.

In 1940, The company started producing guitars and had them get exported in 1966 to other parts of the world. They started with the production of Nylon-string classical acoustic guitars.

However, the company’s prominence came with their introduction of Bass guitars, SB electric basses, SG electric guitars, FG steel-string acoustics amongst several other new high-quality inventions they had at the time.

Recently, the Yamaha group added a new line of bass guitars called the Ampeg line. This is in addition to the already existing bass guitar models which include: Helix modeling devices, BB and TRBX models, BBNE2 and TRBJP2 models, etc.

They are responsible for producing string instruments such as Banjos, violins, and guitars. However, in 1965, V.C Squier transferred ownership to Fender.

After Fender adopted their products under its name,  The name “Squier” became dead by 1975 as a top brand and producer of string musical instruments.

Reading through this guide, you can find some of the notable brands of bass guitars and how they got formed. This should help you make decisions the next time you’re out to get a bass guitar.