Making a choice of the best drum machine online can be really tasking for a lot of people.

The fact still remains that, as a budding or professional musician, one needs online drum machines to experience a smoother and more hassle-free way of producing better sounds.

The world is advancing and these online drum machines seem to be like help that’s been sent down to help musicians advance in their career too. This read comprises some of the best drums that can be found online. 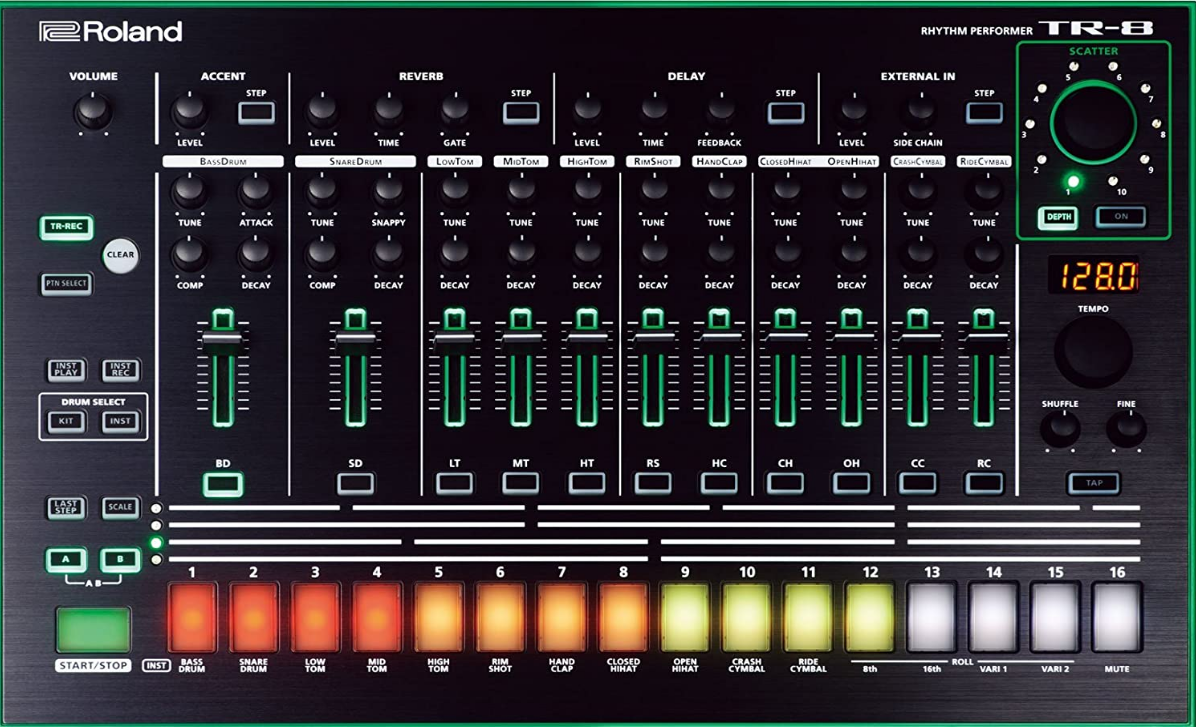 An online drum machine, however, refers to a virtual version of this electronic musical instrument. It’s widely used by musicians and lovers of music to create and produce sounds and rhythms.

With online drum machines, you save a lot of space in your home as everything is done from your electronic device.

Also, you get to conserve a lot of time and energy that’s usually channeled into reading the operation manual of physical drums.

Shortly, we shall be looking at a list of some of the online drums that are most suitable.

Drumbit is an online drum machine platform that allows its users to create sounds through a much easier means.

The drumbit app was developed with HTML5. This online drum is one of the easiest in terms of understanding and usage. Drumbit can be run on every browser and it allows you to join beats together within a short period of time.

When creating sounds on drumbit, one is allowed to tap into varieties of drum kits, introduce filters and change effects, volumes and change sound in an already produced beat.

In addition to the above qualities, Drumbit has an option where one can save the sounds they’ve created for further editing and recording of audio files.

Asides the web version of the drumbit, there are some other editions of it which include the free and the plus edition. They can be gotten from the website on chrome.

Splice Studio is an online drum app through which music producers come together and have a collaboration with people in different parts of the world.

Through the effective usage of splice studio, these songs and collaborations are backed up in the free storage which is unlimited.

In recent times, splice studios released a second version which is more advanced.

The New version allows users to have an even better connection between the studio and the splice cloud. It also let’s them monitor the increase and decrease in the growth of their music.

With the new features in the splice cloud timeline, one can synchronize their beats, sounds, music, etc with the platform.

This means that anytime a producer feels like making additions in the already produced sounds, they can easily go back to the archive, edit, and add new sounds.

Using the improved version of the splice cloud affords the collaborators an opportunity to view the songs and also make comments on it.

This goes further to justify how it’s making sure that there’s the harmonization between the producers, the platform, and the songs. It typically gets everyone involved in the process.

Splice cloud can be accessed from anywhere as long as there’s an availability of mobile gadgets and a browser.

Specifically, io808 was made for music producers who’s genre lies in the kind of beats that owned the 80s.

Vincent Reimer through the use of synthesis generated a lot of 808 sounds and songs. io808 is available in modern browsers and can also be used on an iOS device.

Beat machine, unlike all other online drums, is not a basic one. This online drum machine tends to function in two different ways; the beats are either played in or drawn in.

Also, there’s a feature that allows the music producers to actively make changes in the samples by adjusting the levels of couples with the EQ parameters.

The beat machine is in sync with Ableton Live. It connects to Ableton using its function link. This feature is what makes it uniquely stand out from the rest of the other online drum machines.

With the Ableton live, a user of the beat machine is allowed to use other apps that are enabled by links that exist in the same type of network.

EGDR909 is an iOS and android online drum machine. This app runs a free version but sometimes, it requires that a user pays for the full version of it.

Payment for EGDR909 is required when song mode is to be unlocked. Also, when it’s time to transfer grooves and MIDI, one will need to buy the paid version of EGDR909.

However, there’s an option of making a full subscription payment which costs about £3.99 or £13.99 to gain access to the wide variety of sounds that exists on the app.

Asides paying for the app to access some of the features, one can comfortably create grooves and jam to their favorite rhythms on the app.

This is one of the online drum machines that runs a free version.

Aside from the production of melodic patterns, bass line, and completion of songs, orDrumbox has some uncommon features. Some of these features include:

orDrumbox is very great for conducting experiments and it has the capability of yielding quicker results.

Listed above are some of the best drum machine online tools that can be used to produce sounds and rhythms.

This guide is meant to help you choose carefully the next time you set out to look for an online drum to use.